This bulb has travelled with us thru three gardens. Sometimes planted in the ground, but since I chose it for the three ranks of leaves, it sings more clearly in a pot. Once bought at Kirstenbosch, the bulb is now substantial!

Chrome yellow flowers are currently the stars in my Summer Gold corner. The individual flowers are short-lived and close to fade at midday. But there are always new buds coming.

Silvery buds come up, each stalk within its own leaf. There are masses of shiny black seeds but I have never seen any Hypoxis hemerocallidea seedlings (stimulated to germinate, by fire!) 90 species of Hypoxis spread across the world, except Europe. 76 species in Africa, 40 in South Africa (16 endemic to SA).

The leaves fan out to the three corners of a triangle. With a sheen of delicate silver hairs on the lower surface of the leaf. For Pam@Digging's Foliage Followup on 16th

Tricky to show you the way the leaves are arranged. Two sets fanning left and right, and a third veering off in a fresh direction. Coming from the summer rainfall side of South Africa, it does need watering in our mediterranean dry summer. PlantZAfrica tells me the bulbs are dormant in winter and need to be kept dry - since my plant and I didn't know that, mine is simply evergreen.

To the gardener's eye the golden stars are the jewel of Summer Gold. The camera, sees the fan of leaves, the flowers? Not so much. Hypoxis is also called African potato, used in traditional African medicine as a 'notorious' remedy for AIDS before anti-retrovirals. It is the most traded plant at muti markets in the Eastern Cape.

False Bay Dozen for Diana returns to my own chosen plant, after January's Discovered Treasure. Bring me a plant that says - my garden in February to you?

Beth at PlantPostings in Wisconsin has vibrant purple flowers on a pitcher plant.

Last Thursday we took Thomas for his vaccinations. Turning for home after the vet - that smoke - wasn't there when we left home! We walked to the next street up and along the path around the houses. So quickly the fire spreads, fanned by the usual (if there's a fire in Cape Town) Southeaster. A wisp of smoke just outside the house on the corner edge and the wind grabs the flames and roars along the valley, up the slope of Peers Hill and turning to ash one of the last green sections. While we stood there, they called in three helicopters - which later flew right over our house. The rotors making me feel as if I was going to be sucked up into the sky!

I am very impressed by our firefighters and the volunteers. They were already on duty when we went to look. Teams of fresh people coming in. Fire engines from Table Mountain National Parks are able to move across rough terrain. Those men and women so fit and well trained, carrying their equipment up the mountain slope. Once the flames were out, they stayed on duty overnight (we saw their headlamps as they worked) and thru the next days until all the smouldering embers were quiet.

But sad for the mountain and the wildlife battling too frequent fires. There will be fire lilies and sprouting proteas. 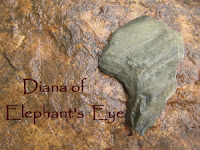 Pictures by Diana and Jurg Studer