Karoo Koppie and the hell strip on the verge

Update - September 2015 with a tab/page for the Karoo Koppie before and after.

On the first day I planted the hell strip, between the palisade fence and the brick paved path along the street. (Hell strip in Indie's Boston, MA garden)


Aloe maculata unusual zig zag speckled leaves on a plant I found lurking under the Tecoma and Plumbago hedge. Three good sized plants are in front of the three pillars. This was the succulent hedge I planned so long ago. At the fence I have a line of Bulbine, orange left and right, yellow either side of the centre. Along the bricks is Plectranthus neochilus tough and vigorous with purple flower spikes. Minimalist planting in blocks is a formal welcome to our home.

On the second day I worked my way along the inside of the palisade fence planting a hedge for the Karoo Koppie with its theme of Autumn Fire, orange and red.


Spekboom along the street, and the golden leaved one along our driveway - will become a high dense hedge which I can prune to suit my needs. In front of the pillars Crassula ovata pink joy, a haze of tiny shell pink flowers. Closer to our windows a dense row of Cotyledon orbiculata with burnt orange flowers and nectar for the sunbirds. Near the bay window some climbing Aloe ciliaris, which will scramble up thru the spekboom.


At the front of the hedge four alternating blocks of Sansevieria - the plain zig zag and the cream bordered from Paul and Helene in Porterville.


On the third day I planted what will be, tall and interesting. A wild olive Olea europea subsp. africana will be encouraged to make a gnarled and twisted trunk with the leaves giving us privacy for the bay window opening on to the street. The botterboom I coveted at the Karoo Desert National Botanical Garden Tylecodon paniculatus. Lime green flowers on Euphorbia mauritanica and flaming red new growth on firesticks Euphorbia tirucalli.


The aloes are essential for their flaming red spires in winter. Aloe ferox and Aloe marlothii, with the fan aloe Kumara plicatilis (was Aloe plicatilis). Low growing and friendly (no spikes) is the coral aloe Aloe striata, named for its leaf edges - planted with a trio of grey-leaved Cotyledon orbiculata.


On the fourth day I filled in with the smaller plants. Foreign Moroccan rose Aeonium for the wine dark sea leaves and Mexican rose Echeveria for its gentle blue grey leaves. Clumps of montbretia Crocosmia aurea found here, rescued and replanted. Lined up along the Terraforce retaining blocks I have many pots of bulbs. Once they are labelled again, and have flowered - I'll plant Lachenalia bulbifera, largish bulbs which overwhelm the pots they seed into!


A succulent pelargonium I have been nurturing for years (decades?!). Little prickly clusters of Haworthia. Orange leaved Crassula. Couple of nameless ones and Kalanchoe with Crassula multicava are still waiting to be planted.


Tucked in among our Klein Karoo winter rainfall succulents there are also wild bulbs to be found. Boophone (disticha ?) with its fan of twirly leaves. Haemanthus and Brunsvigia orientalis with a pair of leaves lying flat on the ground. Pregnant onions Ornithogalum with its cluster of tiny bulblets. Those tinys once rescued after the mother plant was neatly stolen from our Camps Bay verge.


An 'instant' garden of delicious foliage for the 16th and Pam at Digging in Austin, Texas for her Foliage Followup. 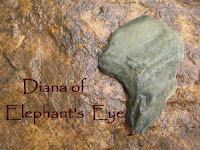