When we first went to the Kirstenbosch annual plant sale in 1980 we spent R16. Our garden in Camps Bay was high up a few houses from the Table Mountain National Park on the slopes of the Twelve Apostles. This year we have an exciting fresh start. But with a careful Stick to the List as our False Bay garden doesn't have room except for the right plant.

On Sunday there was a huge ring around the sun!

Since the empty front garden is going to be our Karoo Koppie I began with carefully chosen succulents to become focal points. Kumara plicatilis (Aloe last time I looked!) is the fan aloe - the only aloe occurring naturally in our South-Western Cape fynbos. When we were at Worcester I lusted after a botterboom Tylecodon paniculatus - named for its large shiny apple green leaves. Flaming winter torches of red Aloe ferox flowers are essential. Aloe marlothii dug its claws in and came home with us - there will be large candelabras of flowers on maroon stalks.


We garden for biodiversity and here in False Bay the sunbirds are the first prize. They miss the Australian bottlebrush trees we removed and I promised red trumpets of nectar for them. The aloes first. Then Erica. Erica cerinthoides fire heath is happy in a pot and will stand at the garden gate. Erica verticillata extinct in the wild - mine is rescued via the Belvedere Palace in Austria, where it has been cultivated as an exotic since 1790. Erica glandulosa. And proteas. Protea cynaroides for the Ungardener. Pincushion proteas Leucospermum tottum for me as I love that gentle dusky pink. Leucospermum cordifolium. Last one for the sunbirds is Salvia africana-lutea beach sage which flourished taller than me in Porterville. Agapanthus inapertus Graskop is unusual with pendulous navy blue flowers.

Himself likes trees but the only one they had on my list was Dais cotonifolia. That struggled to make its Christmas flowers in the worst of Porterville's summer heat - but it should be happy here with much cooler temperatures and sea fog and cloud capped mountains. He also hopes for climbers on his trellis. Senecio macroglossus - at first glance an 'ivy' with lush succulent leaves, but yellow daisy flowers!


Proteas and ericas are joined by restios (and bulbs) to make up fynbos. Elegia capensis with its whorls of green, will be too large for our garden, but I love it. Restio festuciformis is a well behaved little one.


The little ones that caught my heart. Anchusa capensis Cape forget me not in deep blue. Plectranthus oertendahlii with silver and green leaves. Pelargonium cordifolium Valentine with heart shaped leaves and pink flowers.


Finally for the shady corner where I'd like yellow. Psychotria capensis 'lemon' bush. Crassula multicava with dancing little flowers.


Today is my mother's birthday and I remember her in her flowers, her books, and the pictures of me she kept close by when I was in Switzerland, or Porterville. 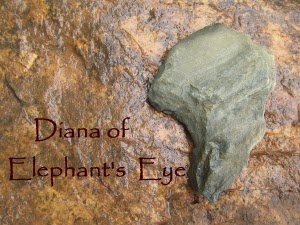