Swiss on the First of August

Schönenwerd is where the Ungardener was born.

(As an avid blogger, you check your stats, where are my readers at home?) Up popped an EU flag. Zoom in on the map. It is in Switzerland, in a corner where there is 'nothing' there. No roads where that flag is flying. Only the name of a tiny town Romoos.

From Brienz to Interlaken on Lake Brienz in July 2009 for a day at Ballenberg Swiss Open-Air  Museum.


The Entlebuch Biosphere is at the foot of the Alps between Berne and Lucerne. The first UNESCO Biosphere Reserve in Switzerland with moorland and karst landscapes.

A four hour walk Erlebnis Energie Entlebuch and a link to the German site with a map karte. I first saw solar panels used in Switzerland, despite their winter weather and our blue sky winter.

Alpine pastures, which have been farmed for centuries (the Heidi books I read as a child, are set in Maienfeld near Liechtenstein). Kneipp cures. Pilgrimage to Heiligkreuz. Sphagnum moss forests. Fossils in the karst landscape.

Switzerland wouldn't be Switzerland without its trains. Spectacular scenery from the Lotschberg Railway down the Centovalli valley to Lake Maggiore, is a journey I remember.

I wish Swiss readers and Heimwehschweizer - Happy First of August!

The reddest thing in the garden, is when himself feels his Swiss roots and flies the flag. Henri Dunant founded the Red Cross, and looked around for inspiration. He simply reversed the colours of his own country’s flag.

From Wikipedia - The Red Cross flag is not to be confused with the St George's Cross which is the flag of England, Barcelona, Freiburg ... In order to avoid this confusion the protected symbol is sometimes referred to as the "Greek Red Cross"; that term is also used in United States law to describe the Red Cross. The red cross of the St George cross extends to the edge of the flag, whereas the red cross on the Red Cross flag does not. The Red Cross flag is often confused with the Flag of Switzerland which is the opposite of it. In 1906, to put an end to the argument of Turkey that the flag took its roots from Christianity, it was decided to promote officially the idea that the Red Cross flag had been formed by reversing the federal colours of Switzerland. Dunant arrived in Solferino (Italy) on the evening of June 24, 1859, on the same day a battle between the two sides had occurred nearby. Thirty-eight thousand wounded, dying and dead, remained on the battlefield, and there appeared to be little attempt to provide care. Shocked, Dunant himself took the initiative to organize the civilian population, especially the women and girls, to provide assistance to the injured and sick soldiers. They lacked sufficient materials and supplies, and Dunant himself organized the purchase of needed materials and helped erect makeshift hospitals. He convinced the population to service the wounded without regard to their side in the conflict as per the slogan "Tutti fratelli" (All are brothers) coined by the women of the nearby city Castiglione delle Stiviere.

We stopped on the way home from Cape Town for this Abendglut, sunset on the snowy mountains. Wildflower Wednesday July in our Swartland garden. 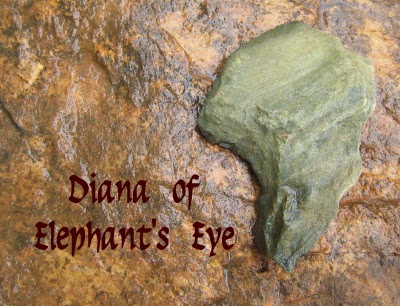 (If you mouse over teal blue text, it turns seaweed red.
Those are my links.
To read or leave comments, either click the word Comments below,
or click this post's title)
Labels: Our Story travel