London Walks setting the scene in 2009 - People have long sensed the high strangeness of London. That the Monument and Nelson's column - can it be a coincidence that they're both 202 feet high? - cast significant shadows at the summer solstice; that a 1960 mural of Jean Cocteau in a hidden little London church suggests that he and Leonardo da Vinci were collaborators across the centuries - and that their religious beliefs were not nearly as orthodox as the history books would lead us to believe. Dan Brown's best-selling novel lifts the lid on some of these matters.
As does Gerard de Sede's The Templars Are Among Us. "Heretical beliefs", the goddess mystery, sexual alchemy secrets, mastery over time itself, gateways where the human and divine worlds meet; a church that's allegedly denied its true roots.

Our Mysterious London & the Da Vinci Code walk was in July 2009. While this walk is history, there are many fresh choices at London Walks.


Thursday morning we went to Liberty's, where I was delighted to find Moleskine notebooks in delectable colours. One claimed as my holiday diary - reading back, I can relive the day. We ate lunch frequently in this church. Central, convenient, effortless to find, self service so it's quick, and they cater for Vegetarians!
Cafe in the Crypt at St Martin in the Fields

We started from Temple Underground station. That is Temple for the Knights Templar. Off to the Round Church. When I showed my mother these photos, she remembered going to the Round Church in her London days. Now I wish I could ask her - was it a church service or a concert?

To King's College to see the Chapel. The advertising on the windows of the College was testimonials from very famous past students. Arch Toots. We were in London with the Hampton Court Flower Show, where they launched two new roses, Desmond (red) and Leah (fragrant and gold) Tutu. We chose to go to Southwark Cathedral (the choir in Mr Bean?). Arch Toots was presiding at two baptisms. Followed by lunch 'together' in the Refectory at the Cathedral.

The Round Church has stained glass windows, from the Fifties, after the bombing in WW2. Also reamed glass, made with a scratched surface, so it lets the light in, but you are not distracted from worship, because the view out is obscured. Rather beautifully, which becomes distracting in its own way?

At Inner Temple, the hands are 'Justice' by sculptor Tanya Russell.

To Westminster. Parliament. Big Ben, is the name of the bell. Which is cracked.

Isaac Newton is buried in Westminster Abbey. And the pope in the Da Vinci Code is the poet.

Nature and Nature's laws lay hid in night:
God said, "Let Newton be!" and all was light.
Epitaph written by the poet, Alexander Pope 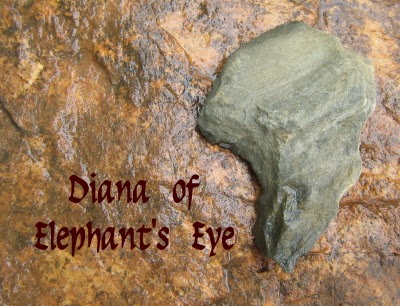