I am in the second of a lovely fresh pile of library books.

Murder. Most foul. Disturbing and lingers. The insects set me googling ... really? I am a laatlammetjie with sisters 10, 13 and 16 years older than me. Now we have caught up with each other.

Roger was six years older than me, and a six-year gap normally means you have very little in common with your older brother. No shared friends, toys, mysteries or secret camps. The ten-year-old will have defrocked the tooth fairy before the four-year-old has lost his first teeth. The twelve-year-old will be wondering where Mum and Dad have hidden the presents, while the six-year-old is expecting them to arrive down the chimney. The fifty-year-old isn't far from the forty-four-year old, but the sixteen-year-old is a whole generation apart from his ten-year-old sibling. Normally.

The collected works of A. J. Fikry

He has a bookshop. Gains a baby. The 'works' are book reviews - I may track some down to read.

Her speciality is persnickety little bookstores and the particular breed that runs them.

Amelia the bright-sider believes it is better to be alone than to be with someone who doesn't share your sensibilities and interests. (It is, right?)

Mr Mac and Me

Charles Rennie Macintosh signed his art MMYT (My Margaret Your Toshie). Suffolk coast in 1914. A young boy whose horizons are opened by art.

He's drawn the outlines first in pencil and now he's using the tip of his brush, spreading colour, filling the dry wood of the twigs from inside. [larkspur] and he squashes the brush into the powder, stirs and flattens it until the pink is mixed, and then he lets it spread out inside the pencilled lines so that the edges catch it like a dam. He uses blue, the crushed blue of canvas, and yellow and red for spots and creases that I don't see are there, overlapping each other and ballooning into buds, so that they seem to be growing right there before us, the stalks silvery, the leaves grey.

Written as a PhD project at an Australian university, after her own mother died. Including a journey overland on Train Time.

He had become blank, but there was not the expectation of something blank, like a page or a canvas; there was not the hope and fear and wonder that blankness can sometimes create. There was just nothing. In the world of punctuation, he might have been a dash - floating, in between, not necessarily required.

... kicked off his slippers, one, then the other, kicking them off like a child would upon reaching the homestead after a day at school, no care for where they might land. ... and the other clear across the room (mine hit the window and cracked the pane, lesson learnt!)

We begin as two "I's", and then become "we". It seems we want to speak grief, but we don't know how. Or perhaps we don't know when. In writing this novel, I've come to realise how speakable grief really is; that, perhaps, all I needed to do was speak it in the first place.

(Adrenaline adventure), and ... landscape. Born at the foot of Table Mountain I feel disoriented among rolling hills, cast adrift with no landmarks.

The rhythm of the ridges and streams was different, softer, less relief in the ups and downs, no rimrock, and more sheltered, too - the dense woods covered the valleys and went nearly to the tops of the mountains - but once he got used to the cadence, he liked it. A little claustrophobic, but he'd get used to it.

Out of the roar of distant waves a shot like the spar of a giant ship breaking.

"The big ones," he said, "they talk. That's what my cousin said, the hotshot firefighter in Idaho."

D (a tale of two worlds)

In this other worl my name woul be Iana.

Was a bit wary of that gimmick, but he uses it carefully. All the Ds disappear out of words ... Written for the 150th anniversary of Charles Dickens' death, with Narnia, in Wonerlan ... A beautifully hardbound book as they used to be.

In the light of what we know

From Bangladesh to Islamabad via maths, banking and London. Substantial book!

Our memories do not visit us in chronology, and the story we form by joining up the memories involves choices with the purpose of making a whole and finding a pattern.

The cover art uses a map. I was surprised to see Arno Peters Equal Area Projection featured around the maths in this novel. About  national boundaries drawn up by others.

[from his plane] I thought of the contour maps that mountaineers and orienteers use, maps that by means of lines joining points of the same height gave you a feel in two dimensions for the three-dimensional relief of the known world. 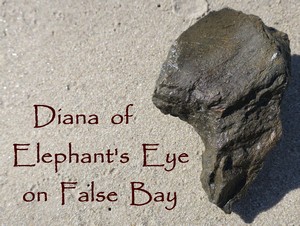