The Ungardener has always dreamt of seeing the famous lions of the Kgalagadi. In June 2008 that was our mission. They are larger than lions elsewhere, as they may cover 12 kilometres at night hunting. The mane remains more impressive, as grassland is kinder to the clothes than bushveld. Because they are predators they are hard to see. But we clicked into a friendly pattern of sharing with approaching cars. So we were told – at the next waterhole there are two lions resting in the shade.

And here, the car pulling out, told us, there is a leopard sleeping among the trees. So we parked quietly, and had our lunch there, while she napped.

She put her head up, as we drove away later.

I was also delighted to see an African Wild Cat, as they are usually nocturnal. Long leggedy beastie hunting thru the long grass. We watched bat eared foxes hunting for bugs, with their heads and those ears held low to the ground.

We set out fairly early each morning, and again late afternoon, to look for animals and birds. Midday when it is warmer and the animals are resting in the shade; we drink tea and read in comfort.

Union’s End is in the far north west corner of South Africa, where our country meets Botswana and Namibia. It is marked on the map, as a place. So I was expecting a village, at least a road with a few houses. I was.

A signpost directs you to three adjoining countries.

That stretch was worth it, for we saw this beautiful bird. The birders are blasé about it, for it is commone (as my niece says) up north in the grassland, but I had never seen one before. Look at that amazing counterpoint of colours.

One of our campsites was a luxury tent. Set overlooking the waterhole in the valley below. Spacious and comfortable. But, it was winter, and COLD. We had left the hot water bottle in the car, beyond a high heavy gate. And it stayed there, and we stayed cold. Warning notices about hyenas, who we could hear laughing just behind the fence. With those heavy jaws, the warning notices are serious. They will break bones to get at the marrow, and are the only animals able to completely digest bone. Frightening to lie in bed, unsleeping, and listening to them laughing at you …And sniggering – we TOLD you not to drink the water …

Kgalagadi  =  salt pans, also means that the water is brack, ‘slightly’ salty. It is not contaminated, and is safe to drink (depending on your constitution … They renamed two waterholes. Originally Little S*** Kleinskrij and Big S*** Grootskrij - as a warning to farmers travelling with their herds) I quite enjoyed salty tea, for a change. And I drink a lot of tea. But the poor Ungardener was desperately ill. We spent one day in camp recovering. And then I drove almost all the way home, from Union’s End, via Upington. This long, straight, road, home. One thousand and one hundred kilometres.

The lions and leopards hunt gemsbok 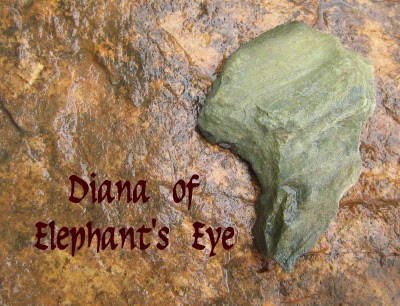 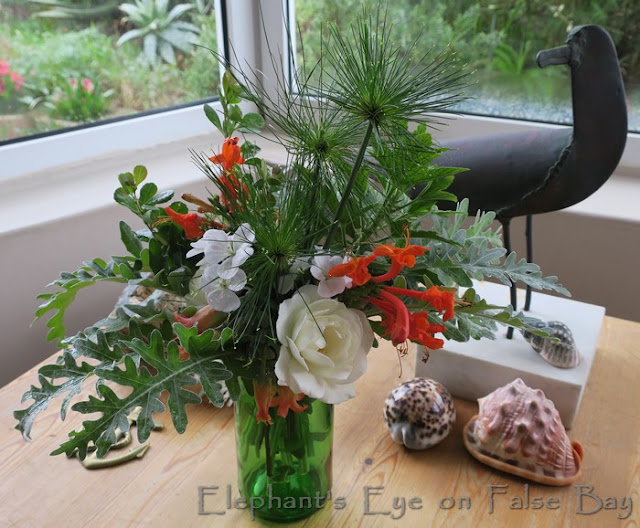